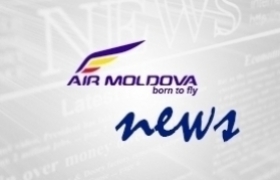 Air Moldova announces the launch if new flights to Ekaterinburg

Air Moldova continues to expand its route network and starting from Aprili 28, 2018 launches a new direct flights from Chisinau to Ekaterinburg. The flights will be operated three times a week, on Tuesdays, Thursdays and Saturday.
Together with the launch of the new flight, Ekaterinburg will become the fourth destination served by Air Moldova in Russian Federation after Moscow, Sankt-Petersburg, Krasnodar.
Ekaterinburg is known as the capital of the Urals and is the 4th largest city of Russia by its population, also having largest contribution towards the economy of Russia as an industrial city.
It is an important destination primarily due to its unique location at the border between Europe and Asia.